Addie M. Miller The RICH live in MILLION dollars homes with maids and butlers and the Middle and Low income people are now forced to reside in dwellings housing 50 to 100 people. Nothing is wrong for the RICH, but something ain’t right for the MIDDLE and LOW INCOME PEOPLE OF THE UNITED STATES.

Is the Trump administration Housing Secretary Ben Carson intentions is to take away affordable housing from the Middle Income, Low income, Senior Citizens, Families, Disabled, and Veterans to BUILD A WALL to stop illegal immigration. Or is the wall is to keep citizens in the U.S.?

The only Black person on Trump administration, in my opinion his job is to cause hardship for the most vulnerable citizens in the U.S.  OVERSEER OF THE  PLANTATIONS 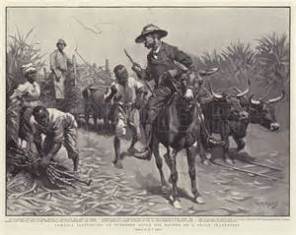 This is Shame before GOD.

My belief is President Donald Trump chose Ben Carson for Secretary of Housing and Urban Development (HUD) to be the OVERSEER OF THE  PLANTATIONS in the United States.

In my opinion he is more qualified to be U.S. Surgeon General, not over Housing and Urban Development !!

Nevertheless, the starting point for HUD cuts include:

Maintaining the same level of funding for rental assistance programs

Slashing the public housing capital fund by $1.3 billion, a reduction of 32 percent

Cutting $600 million would from the public housing operating fund